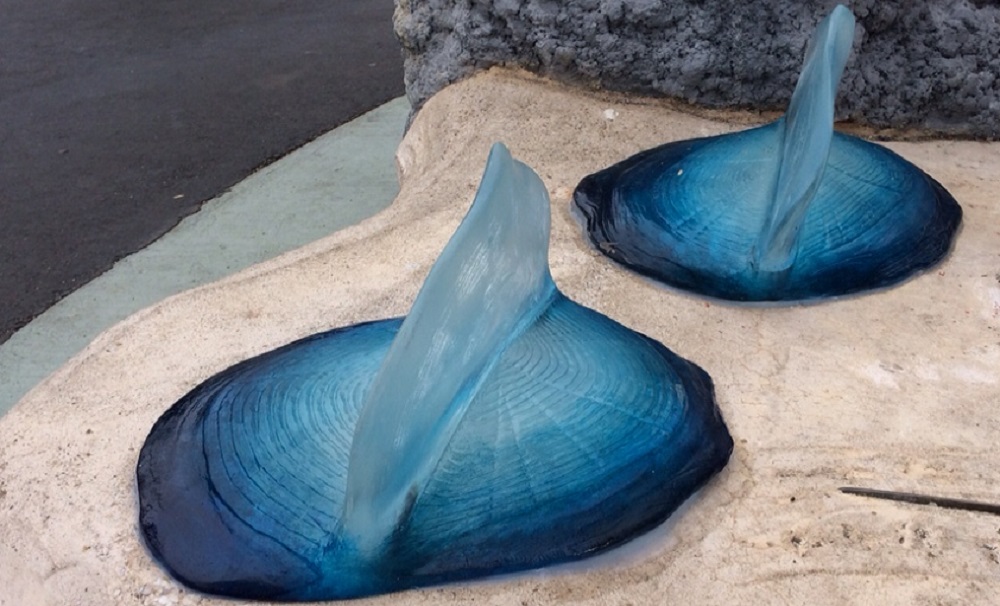 Feeds on small prey (fish, shrimp, plankton) that can be found close to the surface. They spend all of their lives on water until they are blown ashore where they disintegrate.