The Dentzel Carousel remains one of the most beloved attractions in all of San Francisco. For generations, the beautifully hand-carved, wooden menagerie carousel has thrilled young and old alike, and continues to this day. 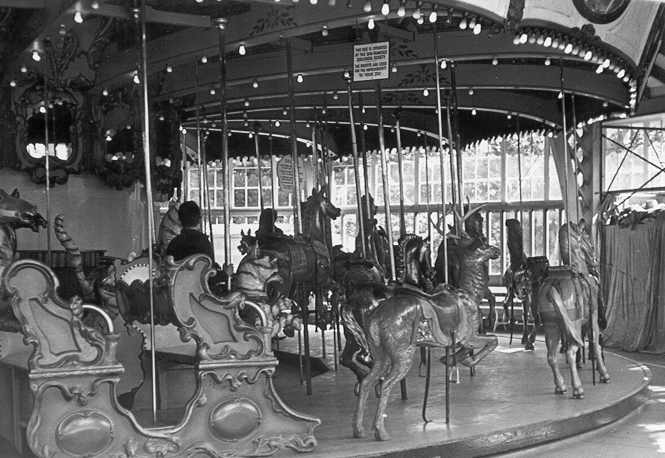 San Francisco Zoo and Garden’s Dentzel Carousel is a valuable piece of local — and world for that matter — history. It is one of the last existing machines lovingly hand-crafted by renowned carousel builder William H. Dentzel in 1921.

A Bit of Carousel History

The Carousel features two chariots and 50 animals. Among them are horses, giraffes, ostriches, tigers, lions, pigs, rabbits, cats and a reindeer. Each are custom and individualized, embellished with whimsical details and jewels. This rare menagerie carousel is one of only 14 in the world, and is one of only seven Dentzel Carousels remaining in the United  States.

Three million revolutions and counting since its placement at the San Francisco Zoo in 1925, the historic Dentzel Carousel has undergone a complete renovation.