A beloved miniature steam train known as Little Puffer is synonymous with San Francisco Zoo’s history, and continues to bring joy to today’s families as it did for generations of zoo-goers. 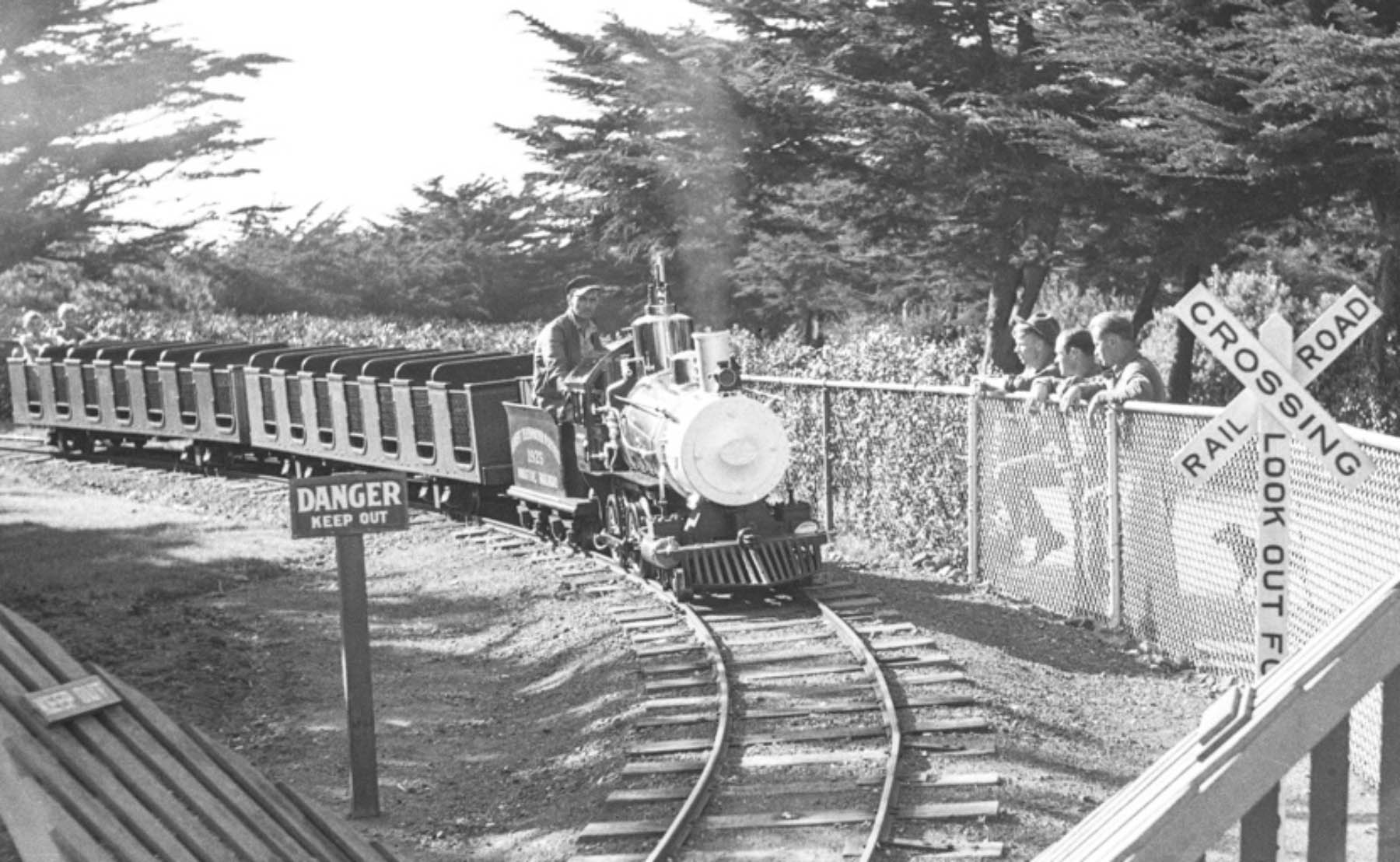 One of San Francisco Zoo & Gardens’ most unique attractions isn’t an animal; it’s a rare miniature steam train known affectionately as “Little Puffer.” And over time, this historical gem has become known as the “little engine that could.”

Called the Fleishhacker Playfield Limited and nicknamed Little Puffer, the train chugged around the Zoo for many years, and eventually relegated into storage for almost 20 years. Its return in 1998 delighted all.

When you see the Little Puffer today, you’d never guess that this fully functional, pristine miniature steam train is pushing 100 years of age, a throwback to a time when a movie cost a quarter and bottle of Coke was only five cents. It is one of only three remaining 22-inch gauge engines left in the world. Little Puffer is an integral part of the San Francisco Zoo’s history and an important part of the Zoo today.

The little train languished in storage for 20 years until the tired and dilapidated steamer was dusted off and taken out of storage in The Pachyderm House with two Asian elephants, a grey seal and a pygmy hippo. Time had not been kind to Little Puffer. She was in a sad state of disrepair, with parts missing and splintered and chipped wood in the passenger cars.

It was 1997, and through the generous support of the Richard and Rhoda Goldman Fund, California Federal Bank and the GGRM, the Zoo had what it needed to bring Little Puffer back to life. San Francisco’s GGRM, a nationally-recognized organization dedicated to the preservation and exhibition of historic railroad equipment, went to work to restore the historic steam train.

Working with outside contractors, such as PG&E, track architects, bodywork and boiler specialists, the reconstruction team took to the challenge. GGRM members, all volunteers, disassembled, reassembled, painted, welded, sandblasted, fitted and created train gears, parts and pieces to recreate the miniature train. They also retrofitted it to run on cleaner-burning natural gas. Meanwhile, the Zoo started laying track for the new, longer route. The cost to renovate the train, which sold for just $15,000 in a 1905 Cagney catalog, was approximately $75,000. The addition of the new depot, plaza area, track layout, landscaping and storage barn facility, brought the cost to $700,000.