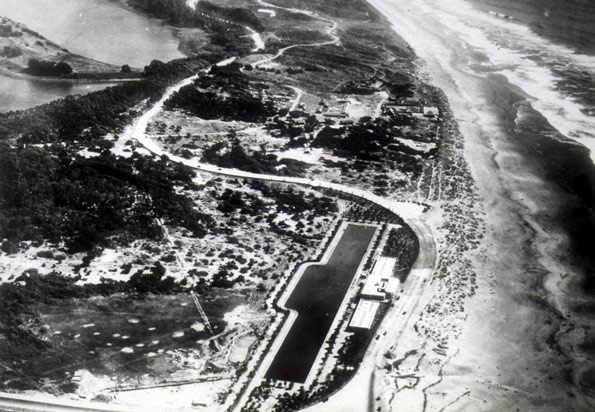 Early on, John McLaren, Superintendent of Golden Gate Park, was receptive to exhibiting bears, emus, beavers, sheep, kangaroos, moose, goats, elk, and bison in the park meadows as well as a two-acre aviary full of birds. But when Fleishhacker began to speak enthusiastically of lions, tigers, great apes, and – his particular fancy – elephants, McLaren strenuously objected on the grounds that these animals would require special housing and care, and that Golden Gate Park should remain as naturalistic and undeveloped as possible.

In 1922, Fleishhacker claimed the ideal setting for his zoo, purchasing from the Spring Valley Water Company a 30-acre site (now 99 acres) near the ocean in the southwestern corner of San Francisco. By 1925, he had added to the site the Fleishhacker Pool – the largest swimming pool in the United States, the Fleishhacker Playfield for picnics and recreation, the Mother’s Building – a haven for women and their children, and an original Dentzel Carousel. The Zoo would be a wonderful complement to this recreational area.