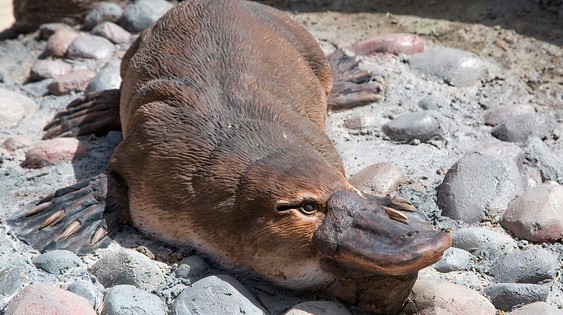 Crepuscular and semi-aquatic, they prefer rivers and streams with beds suitable for digging burrows. Platypuses are carnivores that feed on worms, crustaceans, and insect larvae. They hunt via electrosensory reception through their beak and scoop up gravel along with their food to grind up their prey, as they lack teeth.

Freshwater rivers and lakes in eastern Australia and Tasmania