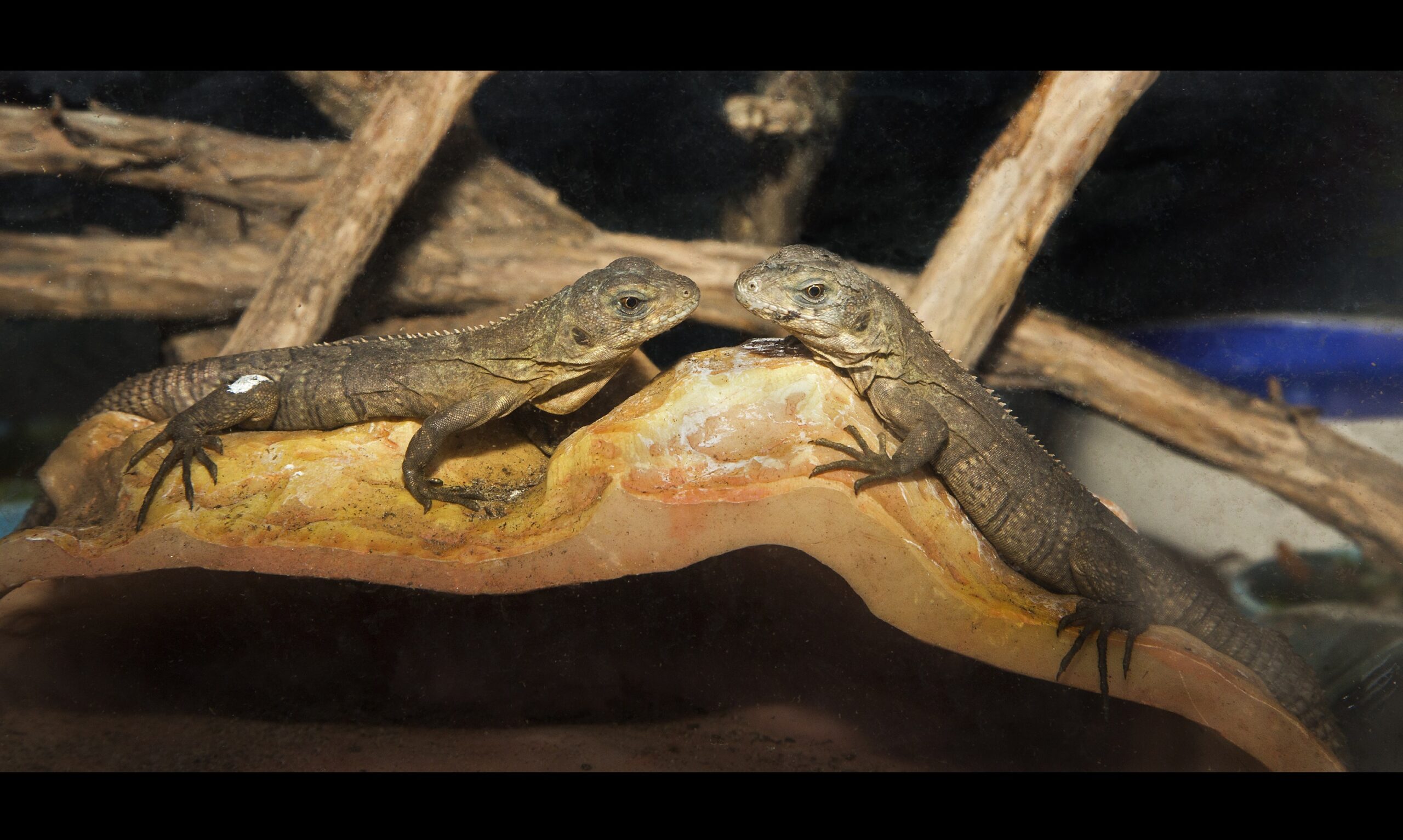 These lizards have a tail covered in spines that it uses to defend itself. Their bodies are slender with tan, brown, and black bands. Males have a large flap of skin under the chin, which is called a dewlap. A thin row of flat spines line the backs of both males and females. Honduran spiny-tailed iguanas are especially active during the day when temperatures are warm.

Found in dry forest and thorn scrub areas only within the Rio Motagua Valley in southeastern Guatemala at elevations up to almost 3,000 feet above sea level. Their shelters are typically the hollow trunks or branches of cactus and trees; they will use their spiny tails to block the entrance. Primarily herbivorous, Honduran spiny-tailed iguanas may occasionally catch small insects and animals. These iguanas are the main species that feed on the fruit of the Pitayo organ pipe cactus and help distribute the seeds across the forest.

These iguanas are semi-arboreal, meaning they spend some time up in trees, and rest in hollow trees or in crevices of rocks. Females leave the nest after laying eggs and exhibit no parental care. About 90 days after the eggs are laid, new hatchlings independently burrow out of the nest.

There is a conservation project for the Honduran spiny-tailed iguana, which includes environmental education for local villagers and children, the development of a specific hunting season and a semi-captive breeding program on a private reserve within the iguana’s native range.