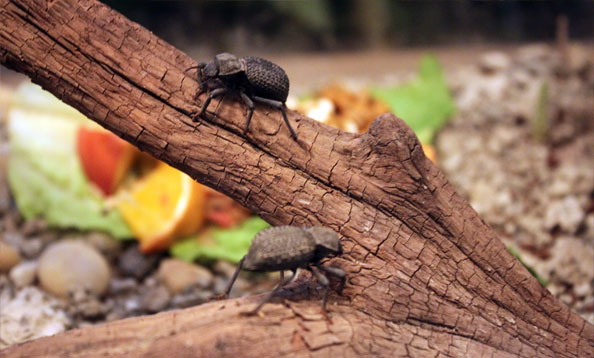 The steel gray to blue color of these beetles helps them to blend into their habitat. If they get wet they turn a flat black color, but their ghostly, pale blue coloration reappears after they dry out.

These beetles are found in the southwestern region of the United States, usually around areas of water. They are opportunistic and will feed on vegetation or dead animal matter.

When startled, the beetle will fall over and feign death (pretend to die) with its legs up in the air and its body will become extremely rigid. After a short time, once the beetle senses no danger, it will begin moving and right itself.

They are common and are not endangered.

The Death Feigner Beetle can be found in the Insect Zoo.