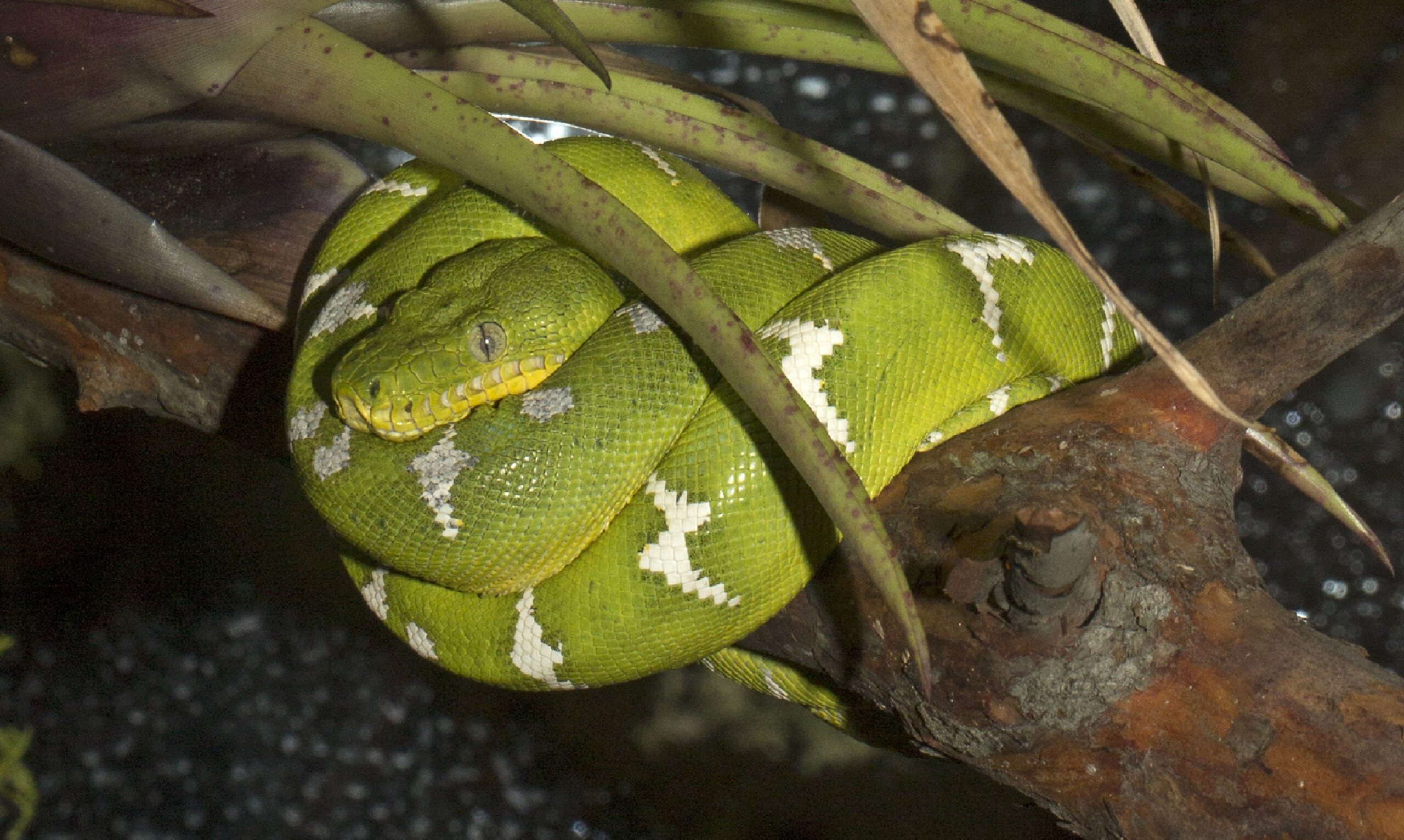 They have a large head with sharp teeth and vertical pupils similar to a cat. Adults are bright green in color with a white zigzag or diamond pattern and a cream-colored belly. Their size and pattern can vary by location, with some emerald tree boas reaching up to ten feet in length although most are between four and six feet in length. Babies are reddish or orangish in color when born, turning their distinctive emerald shade between six months and a year.

Males become sexually mature between three and four years and females between four and five years. Females will breed every two years. After a seven month gestation period, she will give birth to three to eight live young.