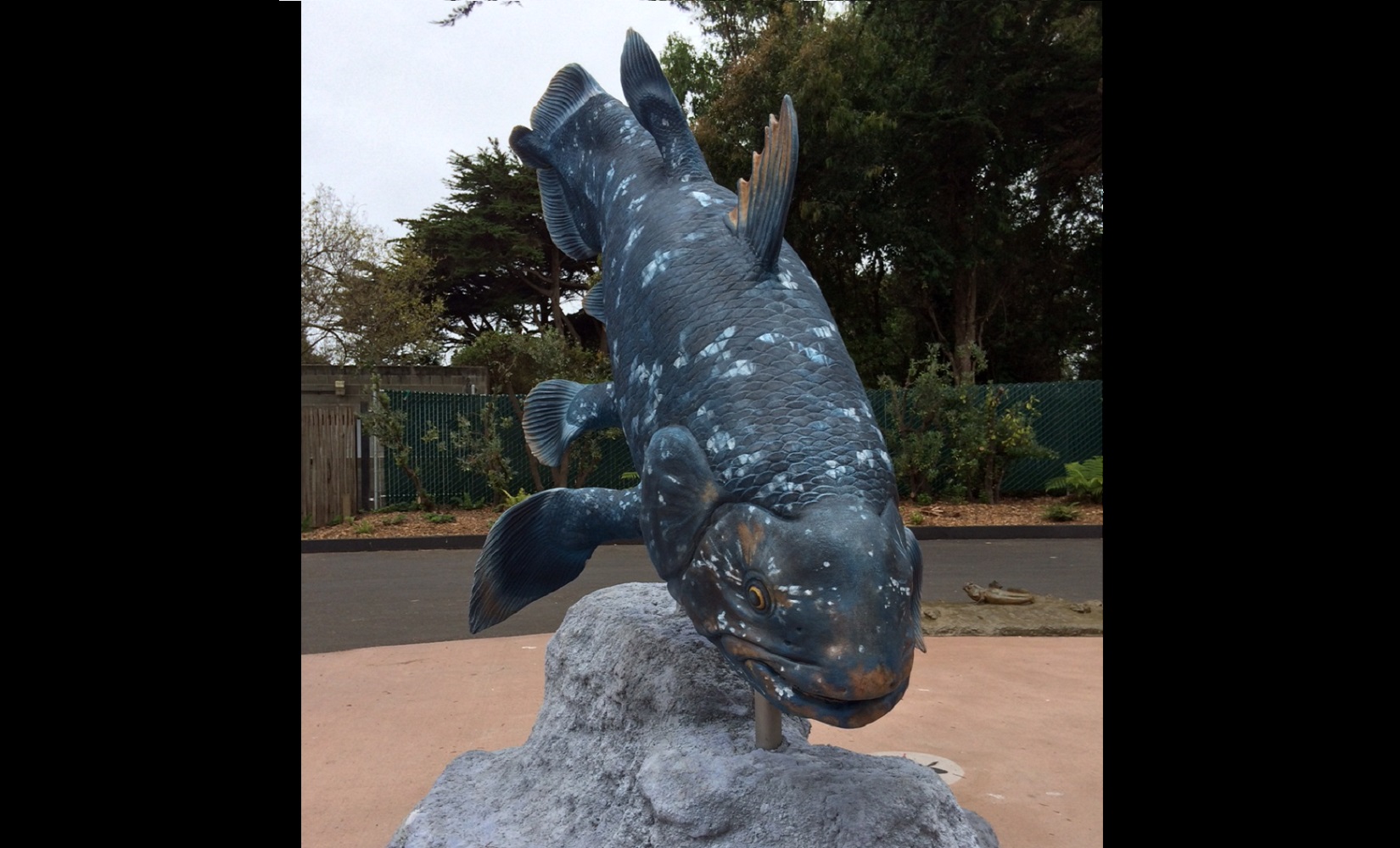 Coelacanths are nocturnal hunters, sheltering in caves along rocky coastlines throughout the day and foraging at night on squid and other fish.

Along the eastern coast of Africa from the Comoros Islands, past the western coast of Madagascar to the South African coastline, and the Celebes Sea, north of Sulawesi in Indonesia.