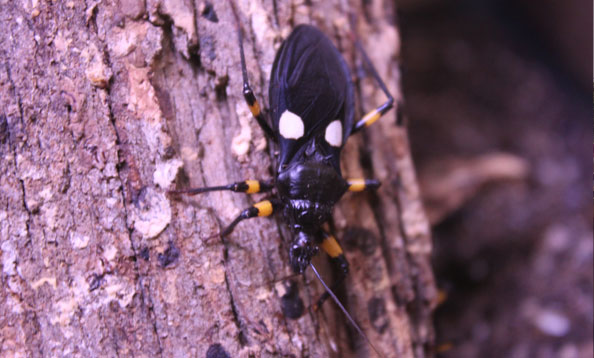 They have piercing mouthparts that are shaped into a beak and deliver a paralyzing bite to invertebrate prey (caterpillars are especially favored). The two large white spots on their wing cases give them their common name.

White-eyed Assassin Bugs are found in the drier regions of southern Africa. They prey on soft-bodied insects and occasionally vertebrate blood.

White-eyed Assasssin Bugs hide in groups under peeling bark, logs, and rocks. They emerge at night to feed.

They are not endangered.