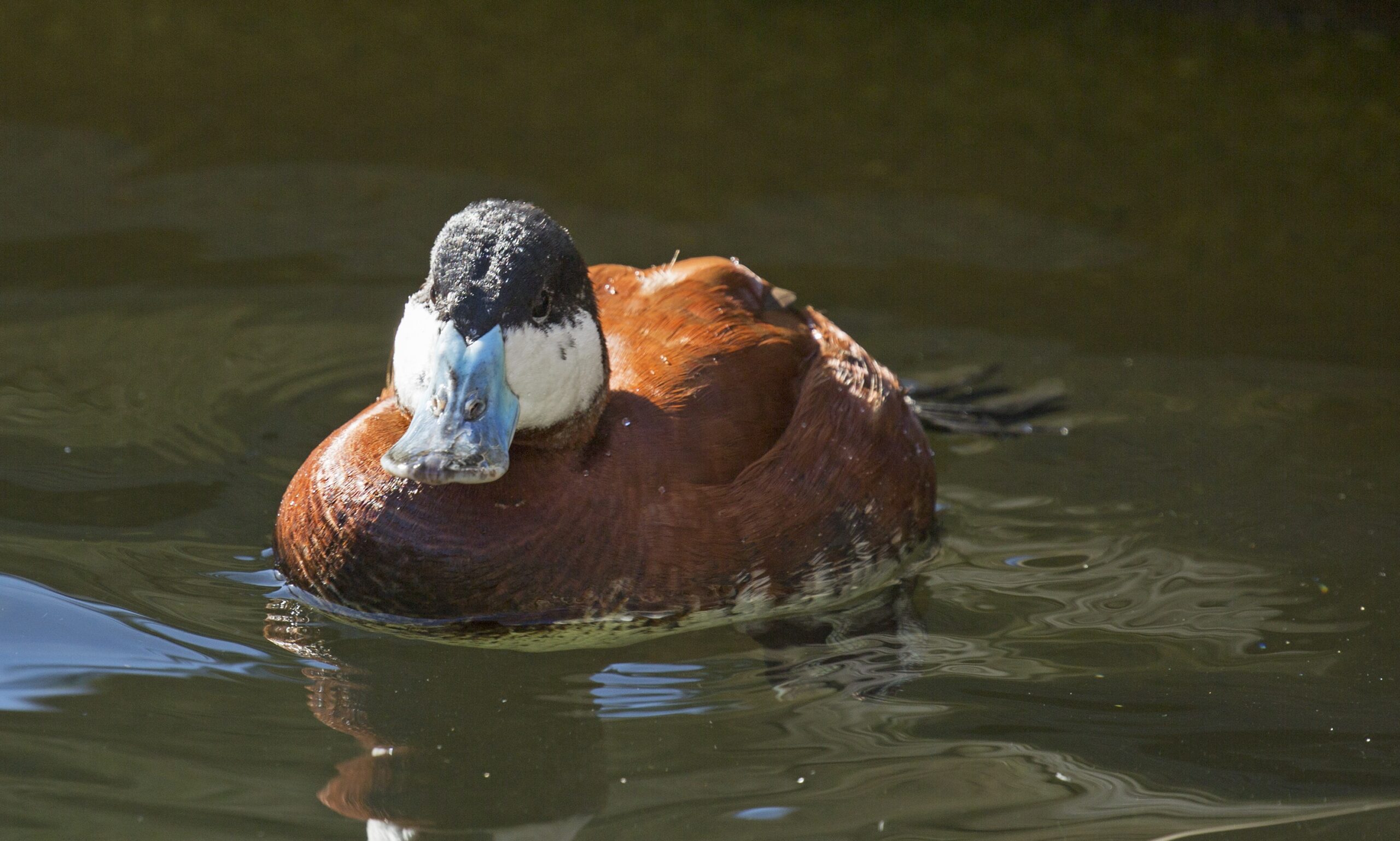 The ruddy ducks can be found in the ponds of the South American Tropical Rainforest and Aviary.

Males and females have subtle differences in appearance, depending on season. Both have blue bills, with females’ being a paler blue. Males have purely white faces; females have a black stripe across their mostly white face. Males tend to be slightly larger in wingspan and weight.

Ruddy ducks are native to North and South America but have been introduced in Europe. They inhabit temperate, freshwater environments. During breeding season, they seek out areas with lots of vegetation to hide their nests. They are omnivorous and eat mostly vegetation and aquatic invertebrates.

Ruddy ducks can sink below the water’s surface, allowing them to evade predators. When trying to attract a mate, males will beat their bill against their neck hard enough to create bubbles in the water. During breeding season, they can be especially aggressive toward each other and other species.

Least Concern – IUCN 2014. With stable populations throughout their large range, ruddy ducks are not considered vulnerable.