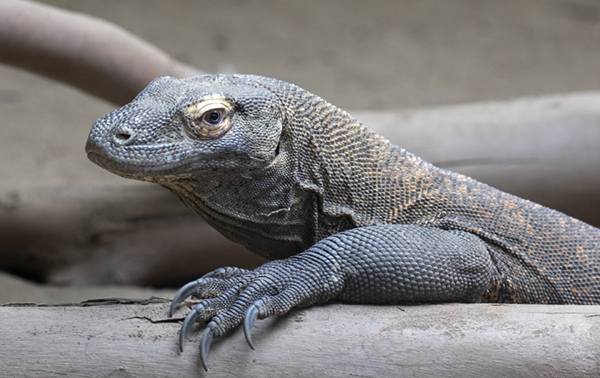 Komodo dragons have a large body with a strong tail and powerful limbs. They are covered in thick, rough scales. They use their long tongue like a snake to help them smell their surroundings. They can smell rotting carrion from 5 miles away.

During mating season, adult males engage in upright combat, frequently drawing blood and throwing each other to the ground. The loser runs away or remains motionless but remains unaffected by the deadly venom.

Komodo dragons are one of only three venomous lizards in the world (the Gila monster and Mexican bearded lizard are the other two). The Komodo’s venom makes up for the fact that it has a relatively weak bite force, making it easier to wound and release, than hold onto a struggling victim.