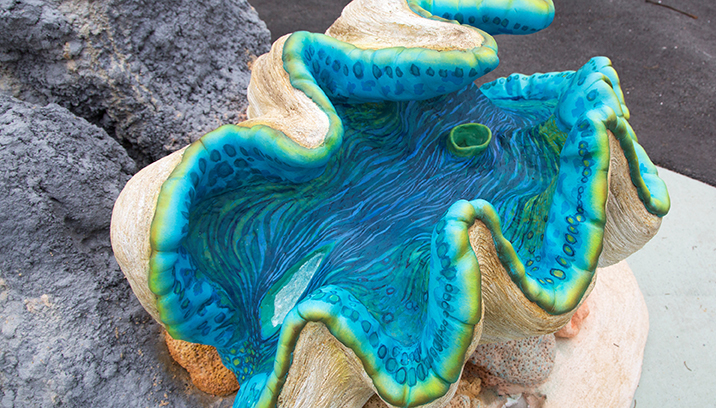 The mantle (material between the shells) of Giant clams has two siphons – one ‘inhale’ and one ‘exhale’. They use their ‘inhale’ siphon to pull in seawater that is filtered for plankton. Most of the clam’s nutrients come from a mutually beneficial relationship with a unicellular algae called zooxanthellae. They live in coral reefs, stationed within 20 feet of the surface.