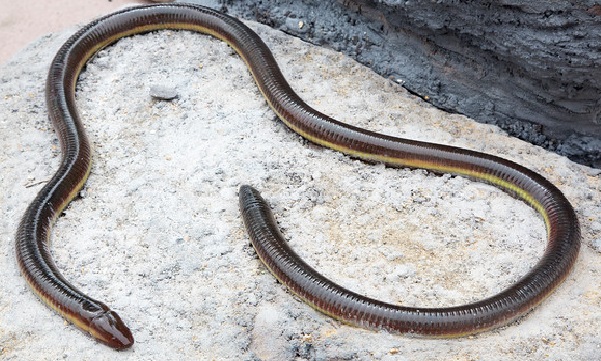 Most are burrowers, living in a network of tunnels underground, but some species are aquatic. They have dozens of needle-like teeth to help them catch worms, insects, mollusks, snakes, frogs, lizards, and other caecilians. All food is swallowed whole.

All others Least Concern or Data Deficient. Visit The IUCN Red List of Threatened Species for more information.