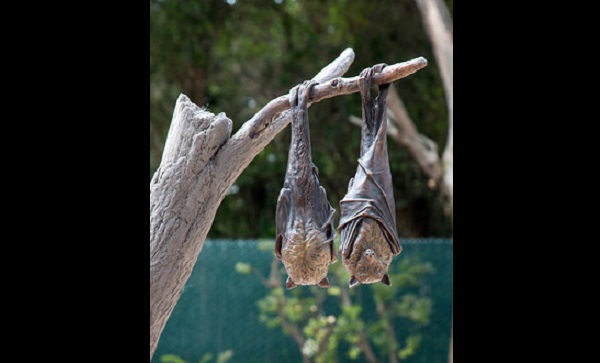 Tropical forests, swamps, and wetlands. They require very large trees as bat colonies live together in huge groups. The most common trees are banyan, tamarind, and fig. Their diet consists mainly of figs, but they supplement with other fruit, flowers, nectar, and occasionally insects.