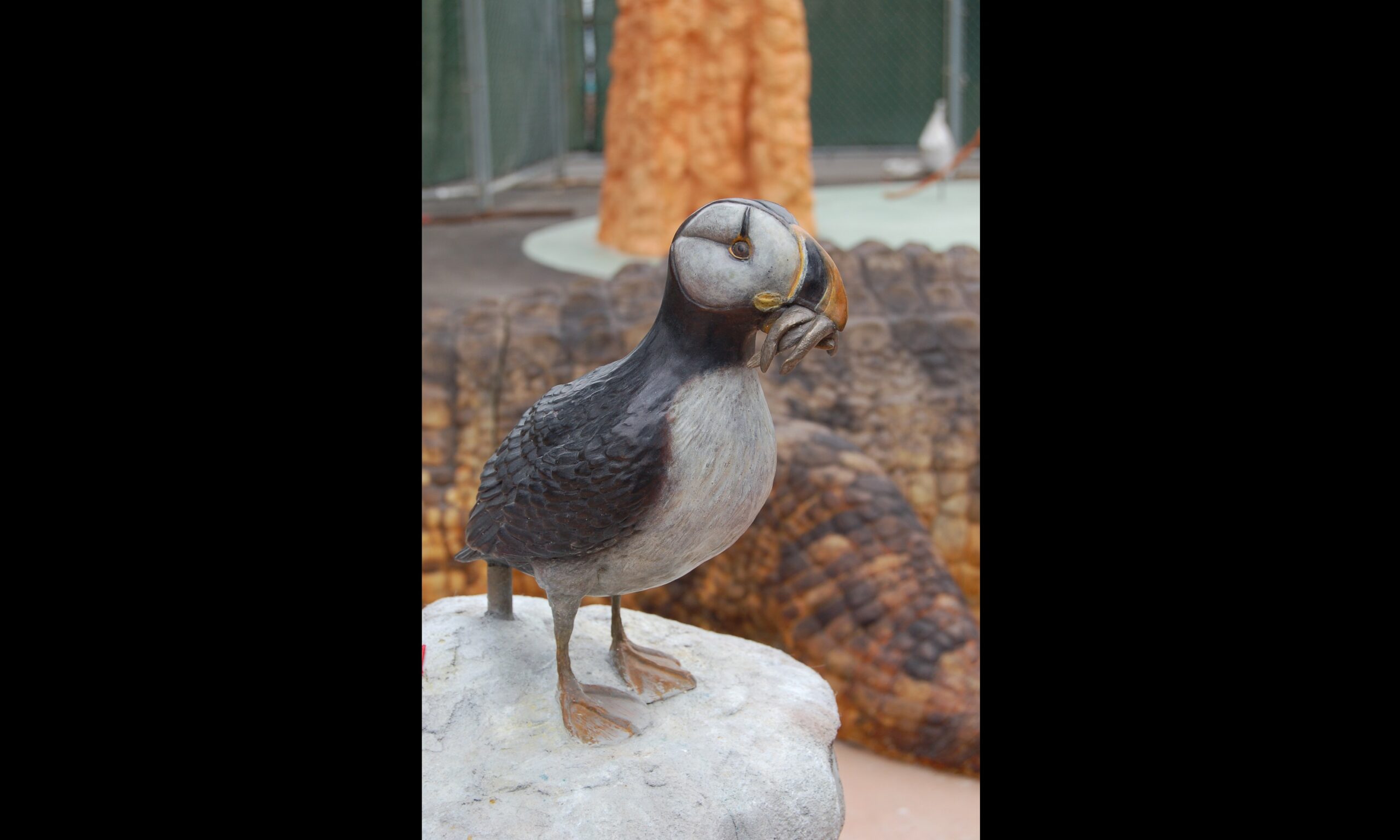 Nests on islands and coastlines of Alaska on cliffs and in crevices, spends most of the year on the seas of the northern Pacific. Puffins eat fish and marine invertebrates, and can dive up to 80 feet to catch their prey, using their wings to swim.

Nest in Alaska and British Columbia, and spend the rest of their lives at sea in the northern Pacific, near Alaska and Japan down to Washington. They are occasionally spotted as far south as southern CA.