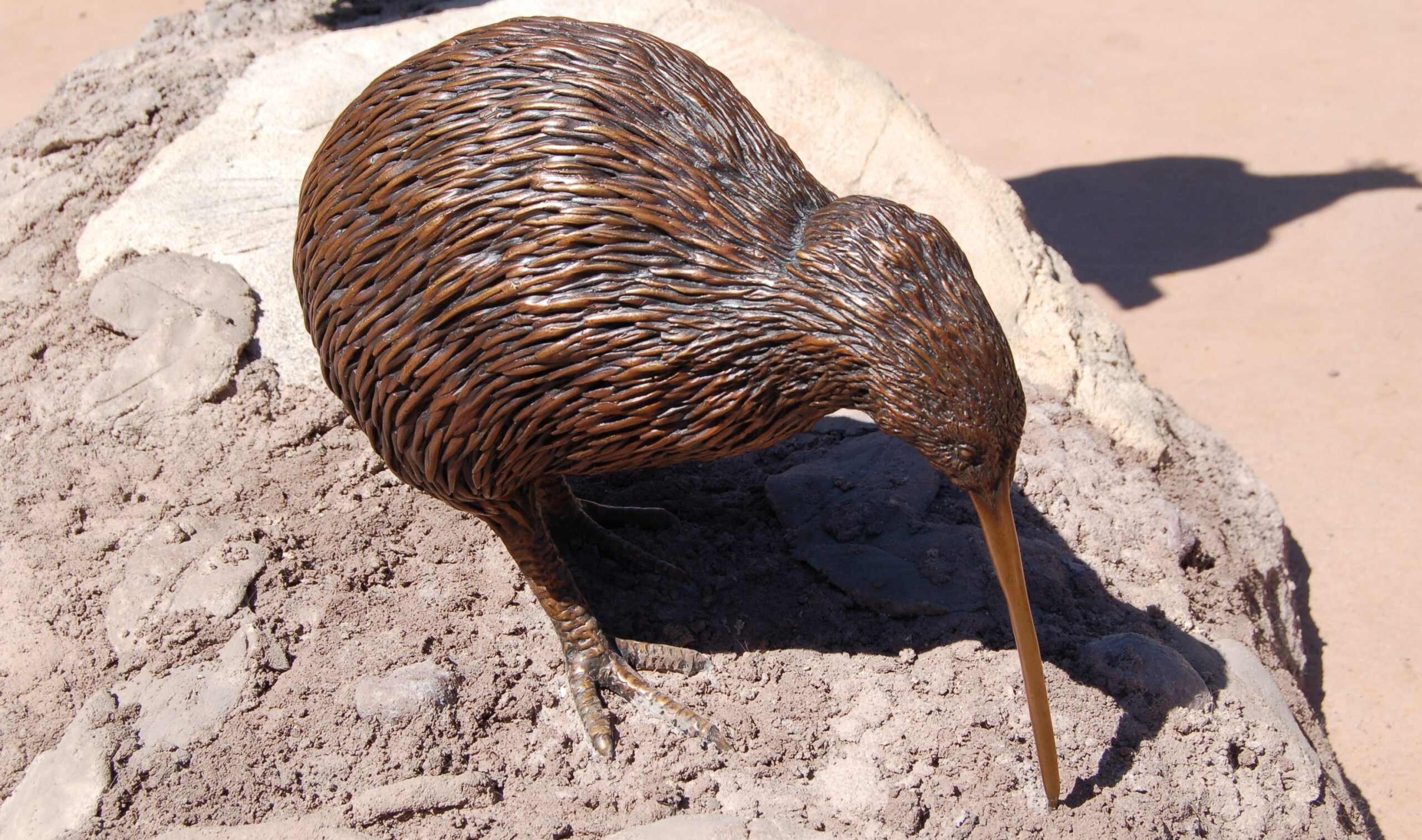 Kiwis are forest dwellers, and live in a series of burrows under dense vegetation or in hollow logs, often dug with their powerful feet. They use their highly developed sense of smell to hunt insects, worms, grubs, and amphibians underground, and supplement their diet with seeds and fruit.