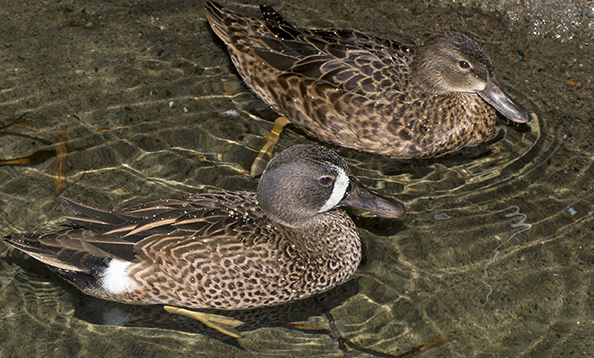 When breeding, males have brown bodies with a slate-blue head and a white crescent behind the bill. Females are a plainer, patterned brown. When in flight, a powder blue patch is noticeable.

Teals live in marshes, lakes, and swamps; during winter, they live near salt water and coastal mangroves.

Blue-winged teals eat seeds and roots of aquatic plants along with invertebrates such as insects and crustaceans.

Blue-winged teals have many display motions, including pumping the head up and down and dipping the head under water quickly. Pairs usually break up during incubation and form new pair bond with different individuals during the winter or spring.