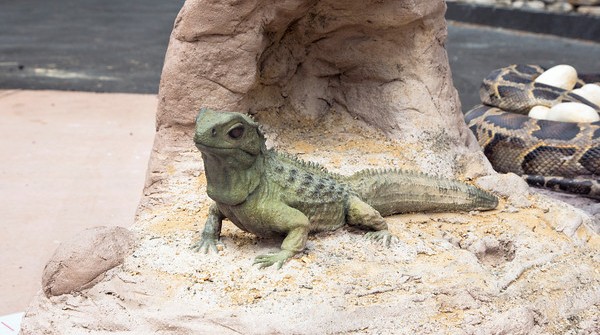 Tuataras find burrows created by other animals, and will often share them. They eat insects, lizards, birds, and eggs. Young tuataras will hunt during the day to avoid being eaten by adults, who hunt at night.

Once throughout mainland New Zealand, they are now only found on 32 offshore islands.