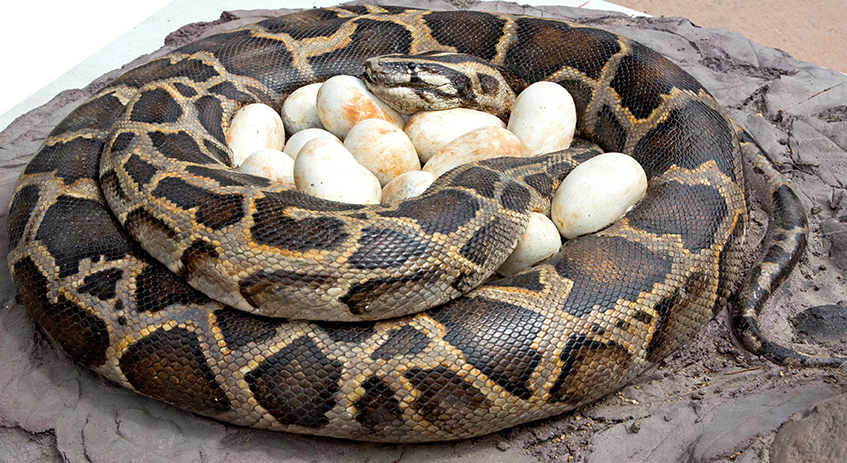 Most commonly found in mangrove forests and rainforests, but occasionally also in grasslands, marshes, streams and rivers. Good climbers and expert swimmers, they are non-venomous constrictors that feed on mammals, birds, reptiles and amphibians.