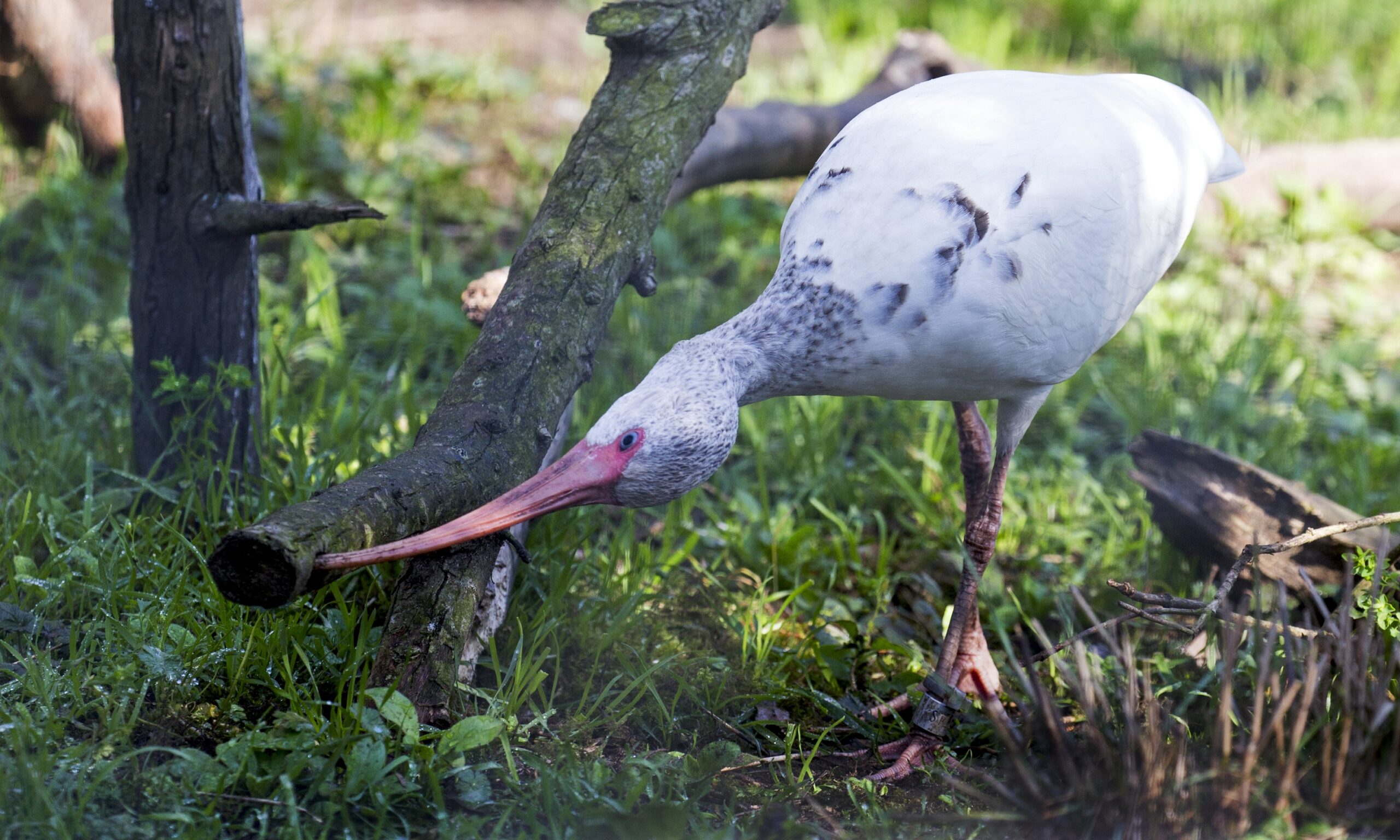 The white ibis can be found in the free-flighted South American Tropical Rainforest and Aviary.

The white ibis is covered in white plumage with scarlet legs, facial skin, and bill. Their black wing tips are usually only visible in flight. As juveniles, they are dark and mostly grey, molting into white adult plumage by early in their second year. During the breeding season, their legs, face, and beaks turn from pale orange to bright pink.

White ibis are found in the southeastern United States south to northern Colombia, Ecuador and Venezuela. They live in shallow coastal marshes, wetlands, and mangrove swamps with salt, brackish, or fresh water. They are diurnal and carnivorous, feeding on small aquatic prey such as insects, crayfish, frogs, and small fishes.

White ibis have a harsh and nasal “hunk-hunk-hunk-hunk” alarm call uttered by the male, while females simply squeal. They often utter a soft grunting “croo-croo-croo” while foraging. White ibis are highly gregarious, living in flocks and nesting in huge colonies near water that can number up to the tens of thousands. They will defend their small nesting territory and show some aggression while mating, jabbing at rivals, or catching an opponent’s wing or head in their bill.

White ibis are listed as Least Concern by IUCN. White ibis populations are large and do not appear to be decreasing, but they are being monitored to ensure the major threats of habitat loss and destruction of colony sites do not have too large an impact. Nesting adults are particularly sensitive to disturbance, and eggs and chicks left alone due to human intrusion are susceptible to predation. Since this species nests in large groups, nest disturbance could have devastating effects on a colony.