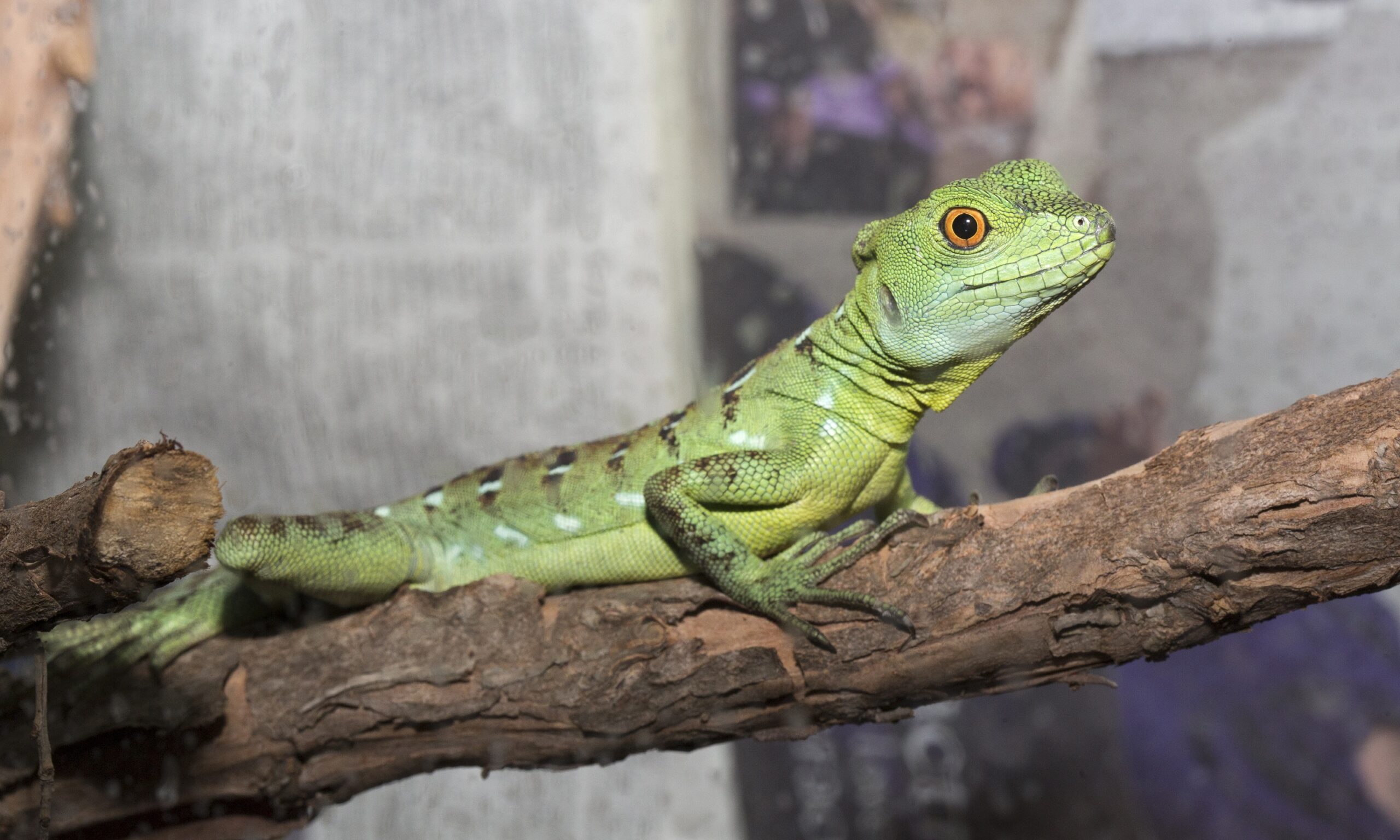 This lizard is a member of the iguana family and has a very long tail that makes up about 75% of its entire body. The tail is used to help with balance. Their color ranges from bright green to dark green and even a blue-green. They have spots on their neck and sides along with a yellow belly. The male lizards have a crest on their back and tail along with a double “plume” on their head.

Basilisk lizards are found in lowland forests of Central America, often near rivers. During the day they spend most of their time on the ground, but at night they sleep up in trees.

They are omnivorous and will eat flowers, fruit, insects, fish, small reptiles, amphibians and birds.

Male basilisk lizards tend to be very territorial and have been known to keep an area that includes several females with which he will mate.