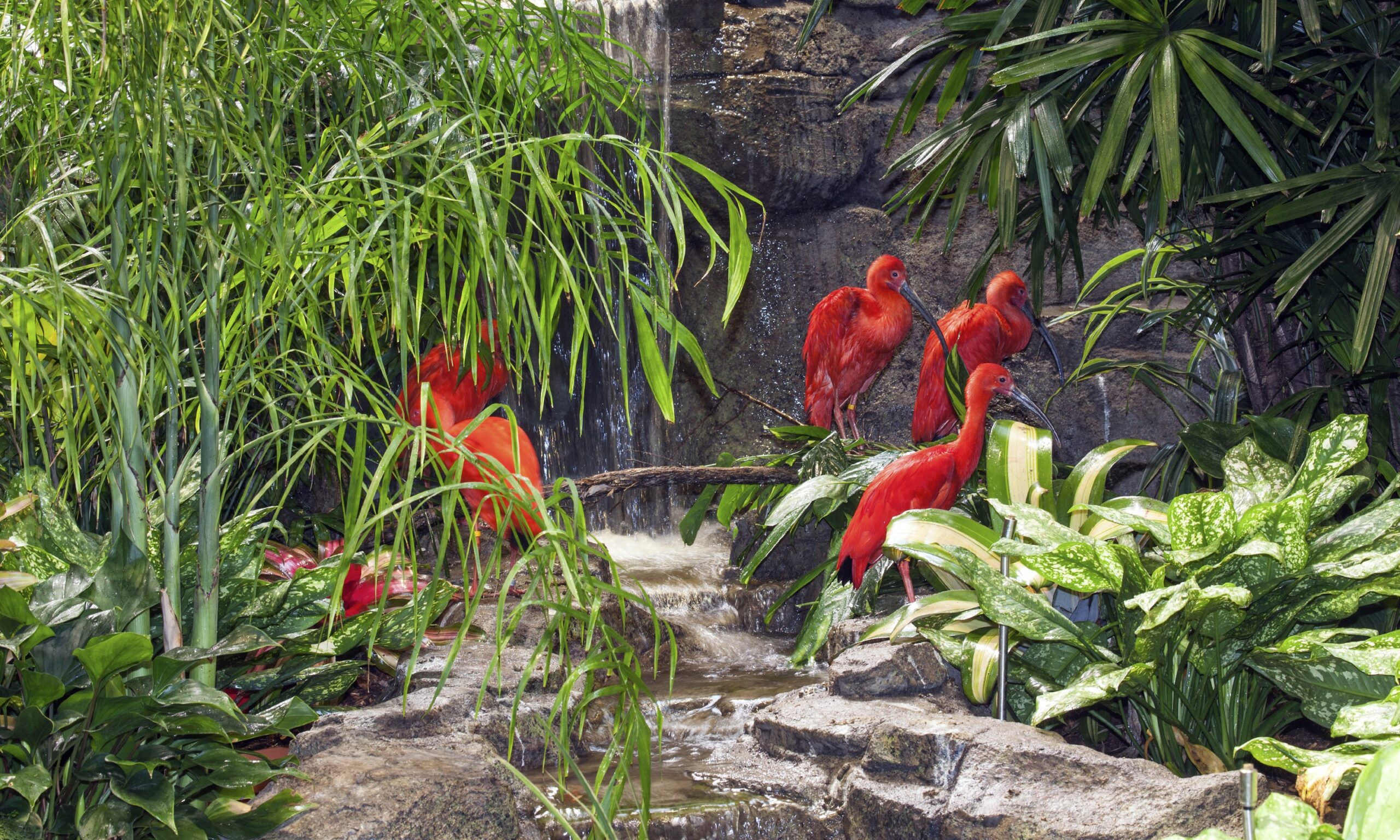 Appropriately named, the scarlet ibis’ plumage is a vibrant scarlet color. Feathers may show variations in tints and shades but the overall hue is bright pink with rich black or dark blue wingtips. Young birds are grayish-brown with pale undersides. Male and females are indistinguishable other than size, where males tend to be larger.

Adults are 22-25 inches long and have a wingspan of around 21 inches. They have long, pink legs, slightly webbed feet and slim, curved bills. These features allow them to wade through water in search of food.

Lifespan is 16 years in the wild, and 20 years under human care.

The range of the scarlet ibis is very large, and colonies are found throughout vast areas of South America and the Caribbean islands. Flocks gather in marshy habitats, including mud flats, shorelines and rainforest. This species migrates seasonally between coastal areas and interior wetlands.

Their diet consists of aquatic insects, crustaceans, small fish and reptiles, as well as frogs.

They are extremely social birds that form large flocks of 30 or more. They produce a range of vocalizations from a loud “honk” to shrill squealing but are generally a quiet species.

Breeding typically occurs in mid-September and 3-5 eggs are laid in November and December. Males engage in elaborate displays including preening, rocking and rubbing behaviors. While males may mate with more than one female, incubating, feeding and guarding are shared responsibilities. Eggs are incubated for 19-23 days in a nest resting on mangroves. Chicks fledge at 35 days and are independent at around 75 days.

Scarlet ibis are listed as least concern by the IUCN. Their populations are, however, threatened due to habitat loss, egg and chick collection for pet trade, and over-hunting. Thankfully, this species is protected under CITES Appendix II and the US Migratory Bird Treaty Act.